CANNABIS CULTURE – CBD oil is currently the biggest trend in nutritional supplements for humans and dogs. It is not surprising why: Studies continue to show that this natural product has several health benefits for both humans and our four-legged friends.

This is to a large extent due to the fact that the endocannabinoid system regulates a variety of biological processes including pain, inflammation, digestion, skin health, sleep cycles and appetite.

Many people are not aware that cannabidiol can interact with other drugs in an important way. Although some of these interactions may interfere with the metabolism of some medicines, this may increase the effect of other medicines. This article examines some of the known interactions that highlight why it is important to talk to your veterinarian about CBD for your dog, especially if taking other medications.

Most prescription drugs are metabolized in the liver by certain enzymes that are produced in this vital organ. One of the most important families of these metabolizing enzymes are the cytochrome P450 enzymes. In fact, these enzymes play a crucial role in the metabolism of up to 60% of human-prescribed drugs.

Scientists have long understood that some natural foods and dietary supplements can inhibit the production of these important enzymes. The result is that certain drug levels can accumulate in the blood or in other cases lose their effectiveness because they can not be properly degraded. The best known example is the grapefruit.

Indeed, the FDA warns that the following medications may interact with grapefruit (among others):
cholesterol-lowering drugs called statins
hypertension medications
certain types of anxiety-inhibiting drugs and other psychotropic drugs
Some antihistamines
Certain corticosteroids
Antibiotics

Like grapefruit, cannabinoids such as CBD can temporarily inhibit certain cytochrome P450 enzymes. This is done both by the fact that these enzymes are more easily "used up" and the effect of others is inhibited.

As a result, your veterinarian may advise against using it, depending on the other medicines your dog companion uses. In other cases it may be recommended to use a different dose than other medications to avoid negative interactions.

Cannabidiol may potentiate the effects of seizure medication

All drug interactions are not negative. In fact, an interaction can sometimes allow the additional use of a drug with fewer side effects to enhance the effect of another drug with more serious side effects.

Due to its interaction with the cytochrome P450 enzymes, it is sometimes possible to actually reduce the amount of a prescription drug to achieve the same effect as its metabolism (and excretion) through the action of cannabidiol in the liver is slowed down.

This is the case with clobazam, an antiseizure drug used to treat childhood epilepsy. Researchers have found that they can reduce the level of clobazam required to effectively control seizures. As a result of several clinical trials and research studies, the very first FDA-approved CBD-based drug known as Epidiolex® was launched in 2018.

In addition, it is known that CBD oil has its own anti-seizure properties. In fact, the AKC Health Foundation recently announced plans for a large clinical trial to investigate the potential of CBD oil for use in drug-resistant epileptic dogs.

Pain and inflammation affects many of our aging, injured and chronically ill pets. Unfortunately, the most commonly prescribed drugs for pain therapy both have major drawbacks, especially with long-term use.

Opioids are very effective against neuropathic pain. However, they are addictive, which means that the dose must be increased over time to stay effective. They have serious side effects and are always at risk of being overdosed by mistake.

NSAIDs (Non-Steroidal Anti-Inflammatory Drugs) are widely prescribed in pets suffering from degenerative diseases in which inflammation plays an important role in pain, e.g. Arthritis, hip dysplasia and IVDD. A recent controversy over the safety of this class of drugs has shaken both human and veterinary medicine. In dogs, our older and immunocompromised dogs are especially susceptible to stomach upset, liver failure and even sudden death.

Recent research has shown that CBD interacts with both NSAIDs and opioids through various metabolic pathways, and thus fewer of these drugs are available for effective pain management. By activating the CB1 and CB2 neuroreceptors, cannabidiol is also painful and anti-inflammatory and well documented.

The final result? For some of our four-legged friends, veterinarians have found that they can use safe and effective CBD oil to reduce dependence on opioids and NSAIDs, two drugs with a less favorable safety profile.

One of the most exciting areas of scientific research on the health benefits of CBD oil is in oncology. Cannabis-based medicines have been used for some time to help with the numerous side effects of chemotherapy, including anemia, nausea and pain management. The anti-tumor properties of CBD have been demonstrated in several studies.

However, recent research has shown that CBD can actually enhance the effect of chemotherapy in the fight against multiple cancers.

Some research has shown that CBD triggers the TRPV2 channels, a chemical pathway that allows cells to communicate with their external environment. A research study showed that glioblastoma cells (a kind of aggressive brain tumor) are significantly more sensitive to chemotherapy.

Another study showed that rats with pancreatic cancer had threefold survival rates when treated with CBD and chemotherapy versus chemotherapy alone!

Of course, it's important to work with your veterinarian to find out if CBD is right for your dog's cancer treatment program. This is especially true as other medicines need to be carefully adjusted so that they do not become toxic during cancer treatment. 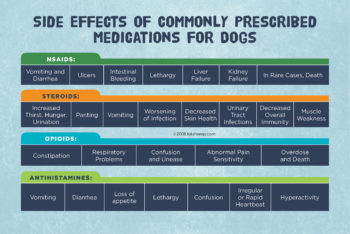 The endocannabinoid system (ECS) remains a rich field of scientific study. In addition, cannabis itself is a plant family containing hundreds of compounds that interact in complex ways with the ECS. In fact, researchers discovered in the early 1990s that these compounds, known as phytocannabinoids, may be associated with increased health benefits when taken together. They called this "entourage effect".

For this reason, many holistic veterinarians have long favored supplementation for "whole plants". Ironically, many of the traditional plants used in alternative health contexts also function by activating the ECS. For example, Echinacea, which has long been valued for its immune-enhancing properties, activates the CB2 receptor and helps to boost immunity and relieve inflammation.

If you would like to work with your veterinarian to test CBD oil for your dog, you should find a CBD full-spectrum oil that is only made for dogs like LolaHemp. Unlike cannabidiol from isolated CBD, the production of full spectrum oils takes a little longer and must be made from organic hemp (otherwise they can concentrate herbicides and pesticides). This can make them a little more expensive, but the cost is worth it for the health of your pet.

A Newbie's Information to Marijuana Meals