Neemöl is a byproduct of a tree endemic to India, Burma and other tropical and subtropical areas, known inter alia as the Neem or Nim tree ( Azadirachta indica ). It is an evergreen tree (which does not lose its leaves in autumn), which can reach a height of more than 20 meters and does not require large amounts of water for its development. Nowadays, and due to its multiple uses (from the pharmaceutical industry to agriculture), it can be found in almost all tropical areas of the planet, with the exception of high altitude areas. Its relationship to humanity dates back several millennia, as confirmed by some neem leaves found in 4500-year-old archaeological sites along the Indus Basin in present-day Pakistan.

In addition to the health benefits, the insecticidal and fungicidal properties of neem oil in the field of organic farming are known since it is 100% biologically and environmentally friendly. Its main insecticide, azadirachtin is used in all crops worldwide as an insecticide in both indoor and outdoor cultivation and is thanks to an excellent option for organic farming its repellent and insecticidal properties. We focus today on this beneficial material and will see how it can help us to maintain a healthy and pest-free garden.

How is neem oil made?

As with almost every plant or fruit extract, there are various techniques for separating the active ingredients from the plant mass. The most gentle method is, as with olive oil, cold pressing of the seeds. Another approach is hot pressing, which is more efficient while retaining fewer properties. Finally, they can also be extracted with various solvents such as hexane the most commonly used.

However, this type of extraction gives you inferior oil that is commonly used in soap production. If you've ever heard the phrase " neem cake " you know it refers to the waste product left after the oil press and separation process with a portion of the cake The original properties have nothing to do with the resulting oil, which contains much more active ingredients.

Neem oil contains a large number of triglycerides and triterpenoid compounds the latter giving the characteristic bitter taste. Among the triterpenoids, azadirachtin is the most well-known and insecticide-tested agent at about 300 and 2500 ppm, depending on the extraction method and the quality of the processed seeds. It also contains, albeit in smaller quantities, steroids such as campesterol, beta-sitosterol and stigmasterol, all organic compounds derived from the steroid nucleus. 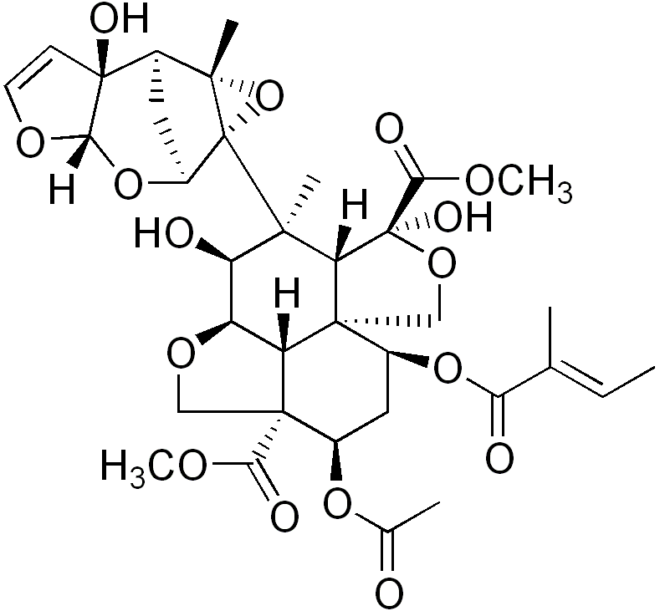 Neem oil as an insecticide

Undoubtedly and aside from the medical applications that we will see later, neem oil is mainly used as broad spectrum insecticide for a wide range of potential pests. As we have already discussed, the most important insecticidal compound of neem oil is a triterpenoid from the limonoid family, called Azadirachtin, which is one of the few insecticides permitted for organic farming , Neem also contains other secondary metabolites such as salannin, meliantriol, nimbin and nimbidine (among others), which also have less insecticidal properties.

Azadirachtin works by direct contact or ingestion on a hormonal level and is much more effective on insects in the larval state than on eggs or adults. It inhibits chitin production in the first place, so that the insect can not develop properly and the next larval stage can not be reached. Therefore, it dies without being able to reproduce. It also acts as anti-nutrient by inhibiting insect feeding and reducing the amount of protein and amino acids in its system.

In addition, neem oil does not act on beneficial insects such as bees, lacewings, and ladybirds, it has a very low mammalian toxicity and is completely biodegradable (it degrades) about 100 hours exposure to light or direct contact with water). In addition, it does not appear to cause resistance to the treated pests, which is very important to the grower. As you can see, it is a wonderful ally for the grower, who cares about the environment and wants to get rid of or treat a large number of pests, be it in the upper part of the plant (leaves and stems) or in the root area. These are the main pests that can be fought with neem: 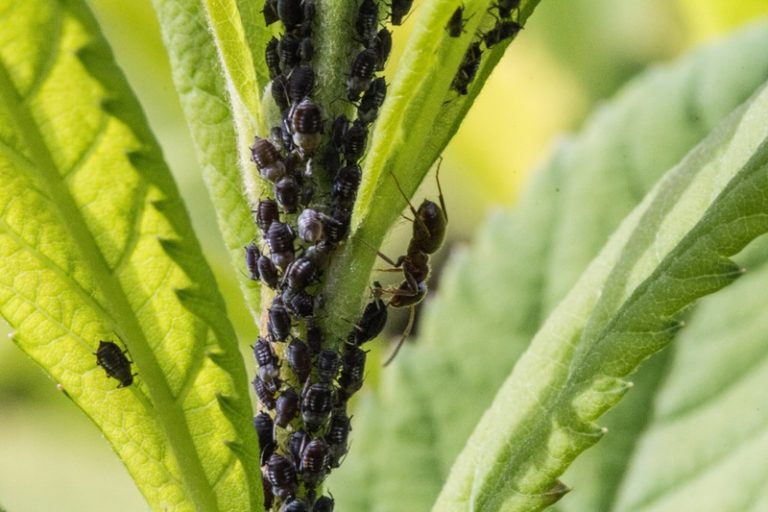 Both aphids and ants can be controlled with neem.

Neem oil as a fungicide

The effect of neem oil is not limited to its insecticidal activity. In fact, some of its ingredients have high antifungal activity and prevent the development of some of the most dreaded fungi for cannabis cultivation: mildew, botrytis, and mildew . Basically, the ingredients reduce the acidity of the leaf surface and prevent fungi from multiplying on them. It is therefore a good solution both for pest control and as a fungicide.

It is also known that its action increases sharply with the simultaneous application of sodium or potassium bicarbonate (which is more effective against mildew). The best combination of neem oil against fungi is therefore bicarbonate together with a surfactant, as we will explain below.

Use of neem oil, dosage and application

Before using neem oil or azadirachtin, it is very important to consider that it is water repellent like any oil, which means that it is difficult to add water to form a homogeneous mixture. To avoid this, you must use a surfactant that mixes well with water to be effective. You can use potassium soap, another natural broad-spectrum insecticide (approved for organic farming) that many of you already know. In addition, both compounds nourish the plants irrespective of the method of application either by spraying (foliar application) or by irrigation . 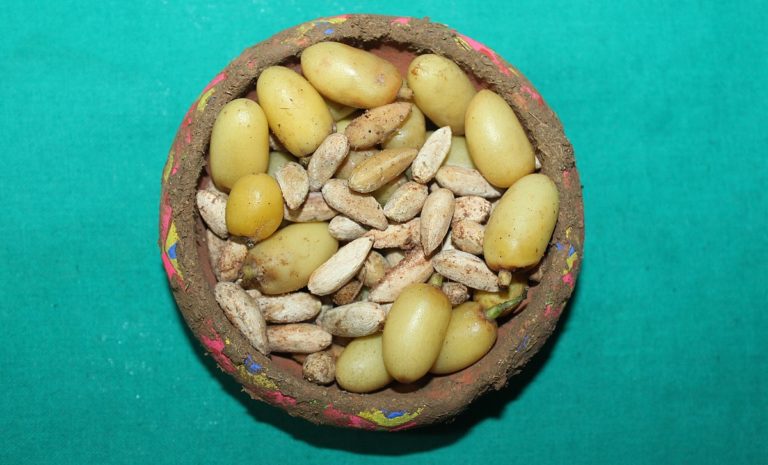 Fruits and Seeds of the Neem Tree

In many cases, it is recommended to use both methods since foliar application acts as contact insecticide while irrigation provides some ] systemic action that remains on the plant and fights the pests that feed on it. You can alternate the two methods every few days, both for prevention (every week or 10 days) and for controlling existing pests (every 4-5 days). You can use Trabe Neemazal Neem Extract or Proteco Bioneem Neem Oil, both of which are of excellent quality.

First, mix water and surfactant well. Then add the neem oil and stir the mixture well until it is smooth. For irrigation, you can easily increase the neem oil dose to 3 ml per liter of water.

Mix water, bicarbonate and surfactant. Then add the neem oil. It is not advisable to use sodium bicarbonate for irrigation, as salt formation may occur in the substrate (you can use potassium bicarbonate).

Neem flour is becoming increasingly popular as it can be used in a very versatile and effective manner against soil pests such as roundworms and substrate flies or mushroom ridges . You can mix it with water, as we have seen with the oil, directly in the ground or sprinkle over it. We recommend Trabe ProNeem Neem flour. 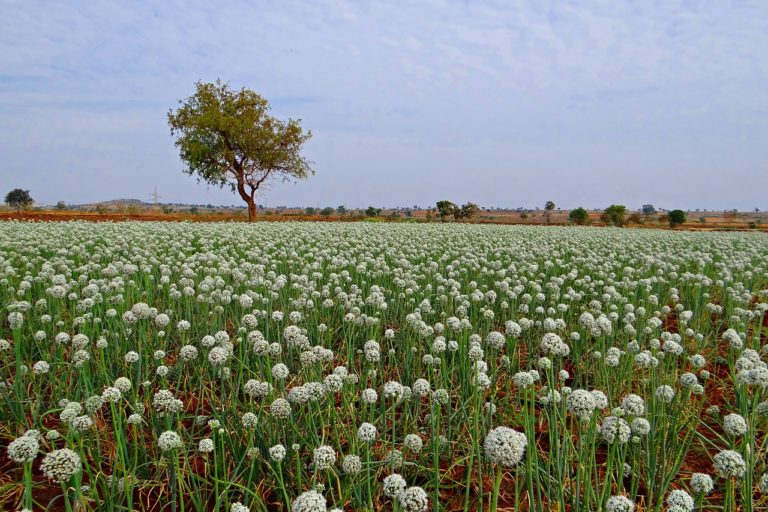 Other Uses of Neem

In agriculture, the entire plant is used not only as an insecticide and fungicide, but also as an excellent organic fertilizer which also fends off potential pests such as termites, ants and nematodes. It is also normally cultivated to reduce desertification in certain areas, especially India, and it is believed to act as a powerful carbon dioxide absorber in the atmosphere.

Neem has been part of Ayurvedic Medicine for centuries and is used to treat diseases and symptoms such as fever, acne, eczema, leprosy, malaria and tuberculosis . Its diverse therapeutic properties (antiseptic, diuretic, contraceptive, parasiticide, antipyretic, etc.) have earned it the nickname "tree of a thousand uses". However, if you want to use it, it is advisable to be well informed, especially for pregnant women and pregnant women lactating women and children.

Neem can also be used to recover methane gas from its pulp, to make various cosmetics, and to produce a soap that has more foam and detergent capacity than those made with edible oils. In areas of traditional cultivation, Neem has been used for centuries in rituals and religious ceremonies for the purification of the environment.

As you can see, the Neem Tree is an excellent remedy against pests and plant care and also offers other interesting properties for the agricultural, pharmaceutical and cosmetic industries. No wonder it's so appreciated!

The post features of neem oil first appeared in the Alchimia blog.