The volcano creators Storz and Bickel rejoice success with the Artful +

This article was brought to you by Storz and Bickel who celebrate 20 years of legendary vaporizers.

Even if you don't know Storz and Bickel, you probably know their flagship: The Volcano, a pioneering table vaporizer that is known for its strong hits and its distinctive steam balloon. Many consider the volcano to be the gold standard for vaporizers, and the device is one of the most widely used for cannabis scientific research – particularly the Volcano Medic, the first medical cannabis vaporizer to be launched.

After building one of the most famous vaporizers in the world, the company still had plenty of room to grow, including various formats of high quality vaporizers. Their success with the volcano led them to develop two portable lines, the Mighty and the Crafty.

The Crafty + is the latest in Storz and Bickel's range of portable devices for vaping flowers. The improved design shows the brand's commitment to continuous change on behalf of consumers. 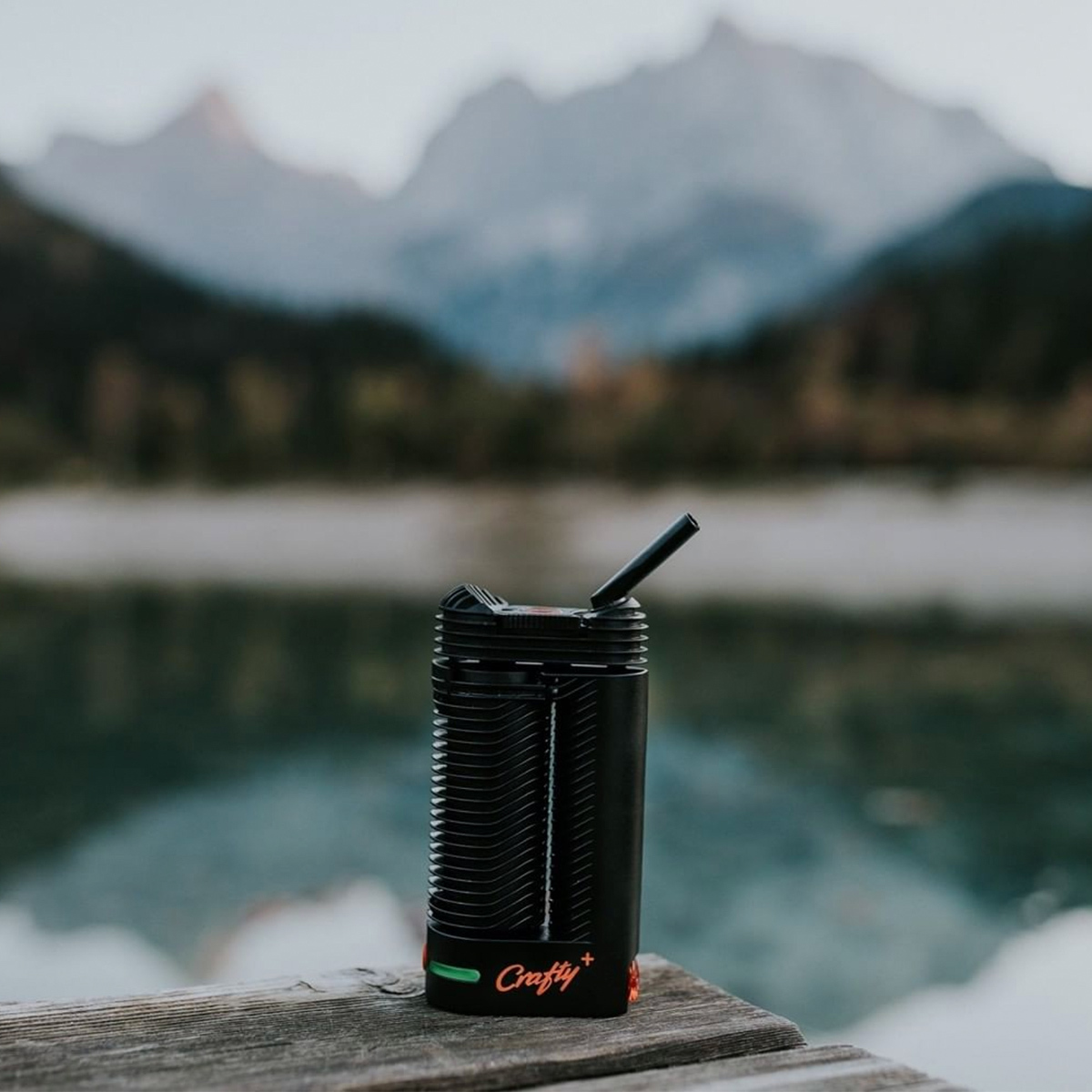 While the beloved volcano has gained (and even gained) popularity for two decades, in 2014 Storz and Bickel recognized the need for a more comfortable experience. Company founders Markus Storz and Jürgen Bickel had a deep desire to expand their realm with portable devices, herb vapes that could offer a high quality experience on the go.

"They are always the first customers to try the product – and they are very picky," explains Vatra Syla, Marketing Manager at Storz and Bickel. "It takes a few years, sometimes years, to be satisfied with the design of our portable devices and to release them for international release."

The founder / inventor prioritized aspects of other devices that consumers seemed to love most, such as convection heating. The smaller size of portable vaporizers was a challenge that the brand had to face upside down.

"You realized that if you only used convection, you would need two or three hits to actually bring the temperature of the herbs to where they should be," says Syla. 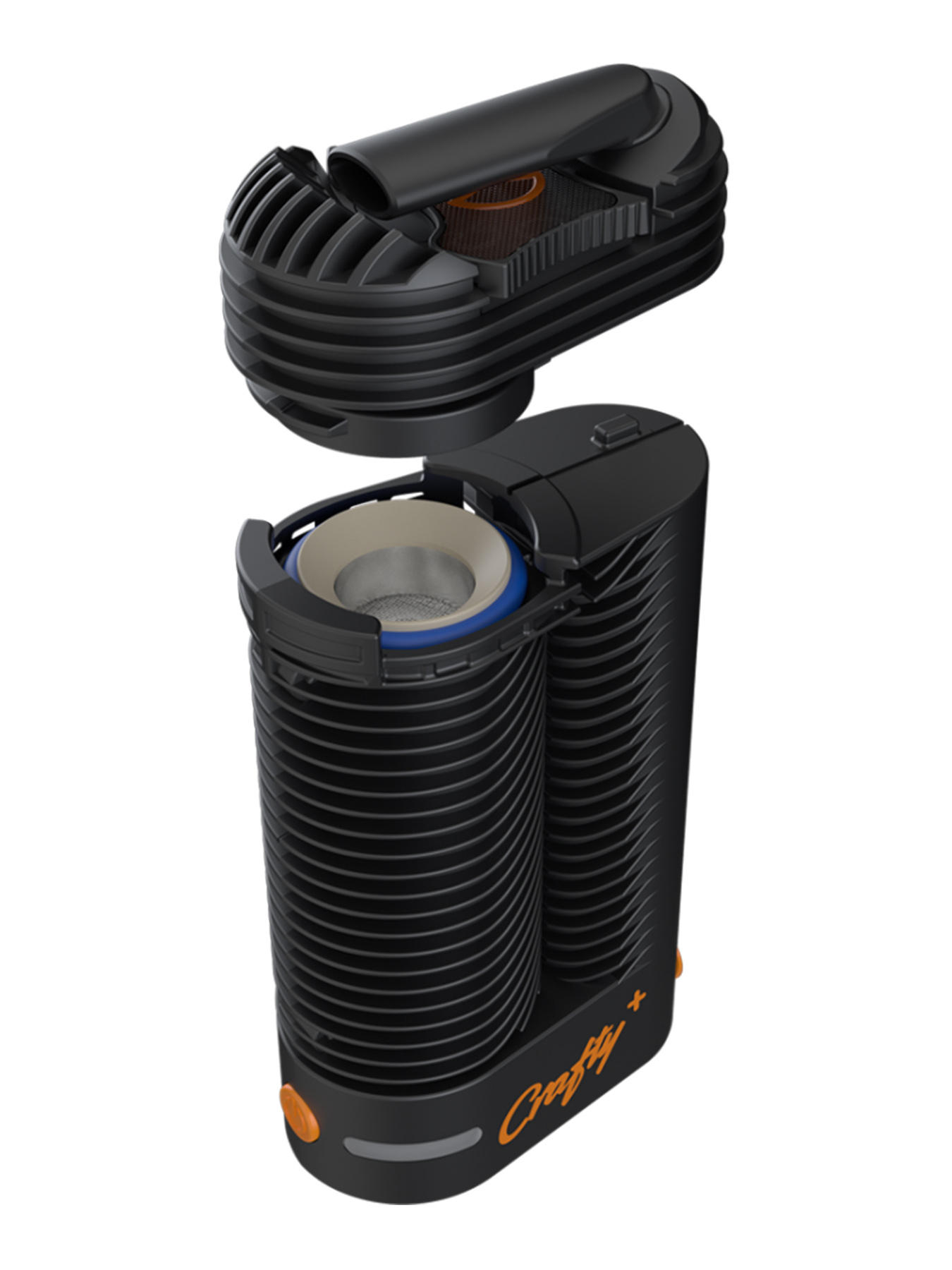 Many portable vaporizers use conduits because these heating elements take up less space, but do not heat the chamber as efficiently and cause an inconsistent air flow. For example, Storz and Bickel patented a hybrid of conduction and convection for their portable devices. It keeps the device at a travel-friendly size without sacrificing a close hit.

"People who have tried many vaporizers get the difference immediately when they draw," says Syla. "There is very little drag, so you can breathe in easily instead of having difficulty sucking and pulling on one device." 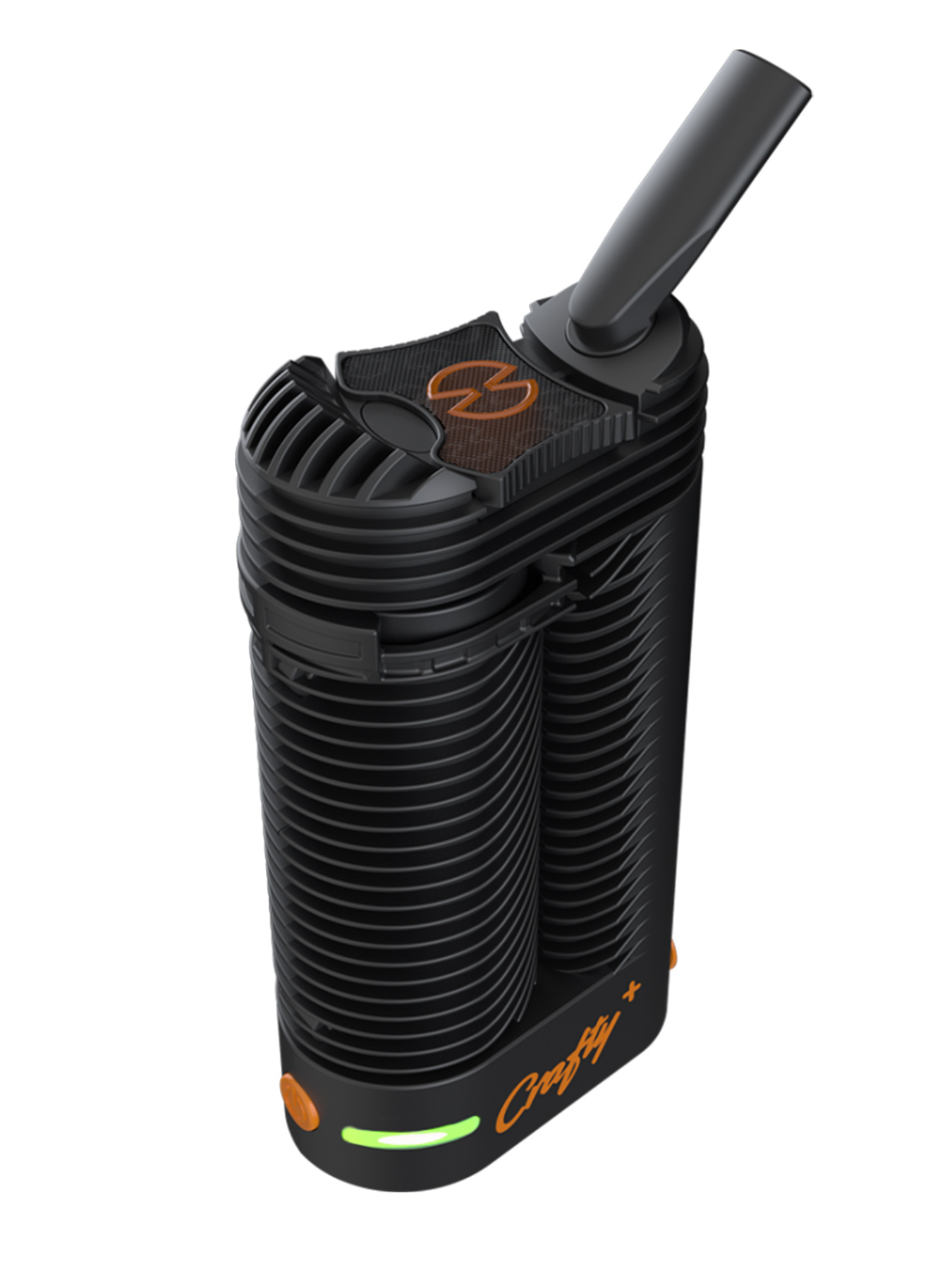 Portable flower vaporizers are difficult, and airflow is not the only problem that can be painful for users. Different herbs have different temperature requirements, and it can be difficult to incorporate this type of fine-tuning into a pocket-sized device.

That is why the construction of the Mighty and Crafty took so long. The devices not only had to meet the performance standards of a table model, they also had to be portable. When released in 2014, the vaporizers were so successful that the size of the company doubled within a year. 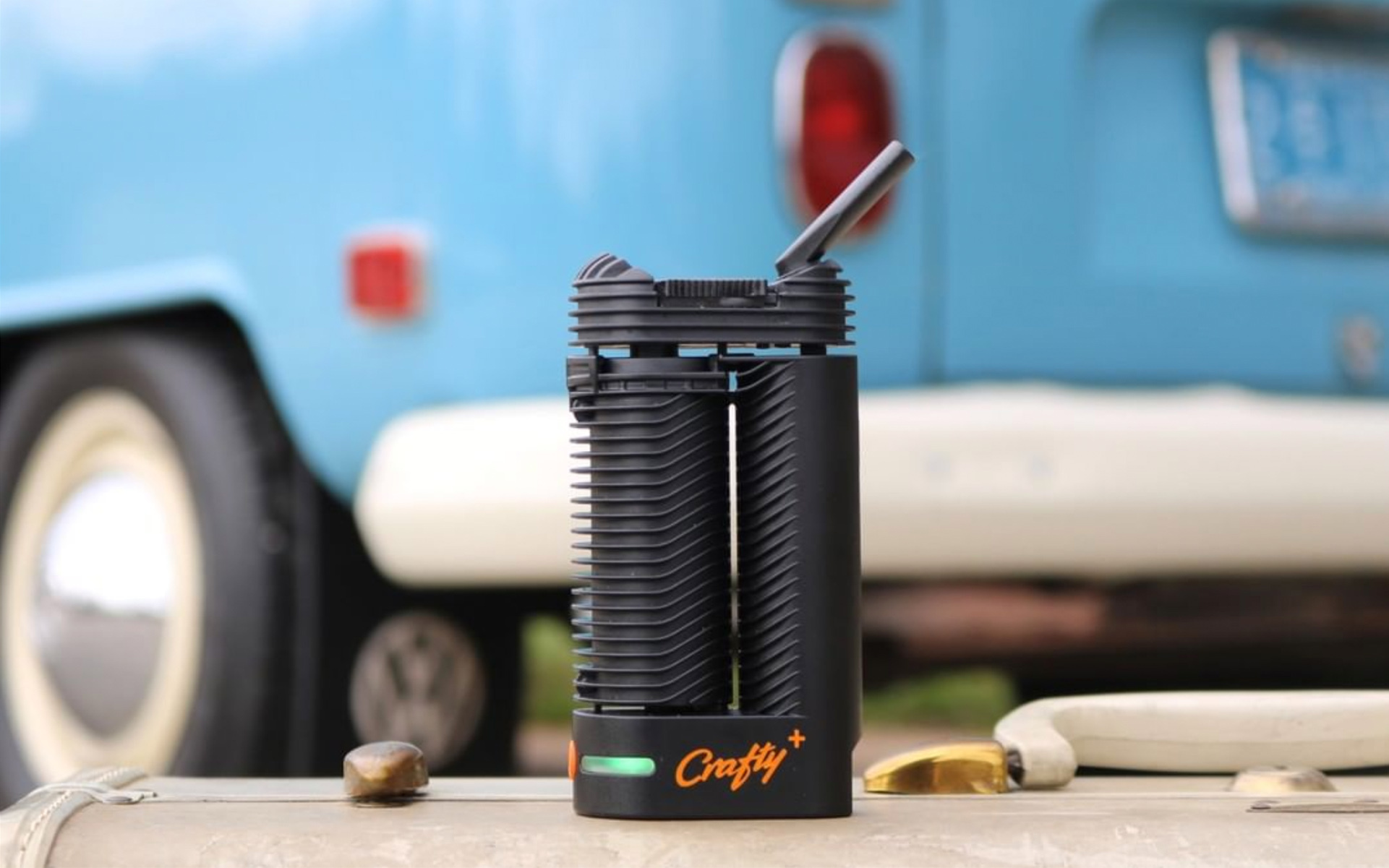 Six years later, the Crafty + improved the original Crafty with longer battery life, improved grip and improved heating performance. It still uses their brand mix of conduction and convection, but heats up about 30 percent faster.

The new and improved device has a button to switch between three presets and an app for fine tuning the temperature. With a Bluetooth connection, the app can even help you find a lost device by lighting it up and humming – a feature that is frustratingly lacking in most other vape apps.

With the Crafty + you don't have to carry your herbs and grinder around. With specially made metal dosing capsules, you can load your flower in advance and enjoy the comfort of an oil cartridge with the versatility of a herbal vapor. Accessories such as magazines and key rings make it easy to take with you.

"When you're on the go, you don't have to fill the device yourself. You just have to take out your previous capsule and insert the new one," explains Syla. "It's very practical and, like the device, keeps it cleaner. You don't have to clean it as often." 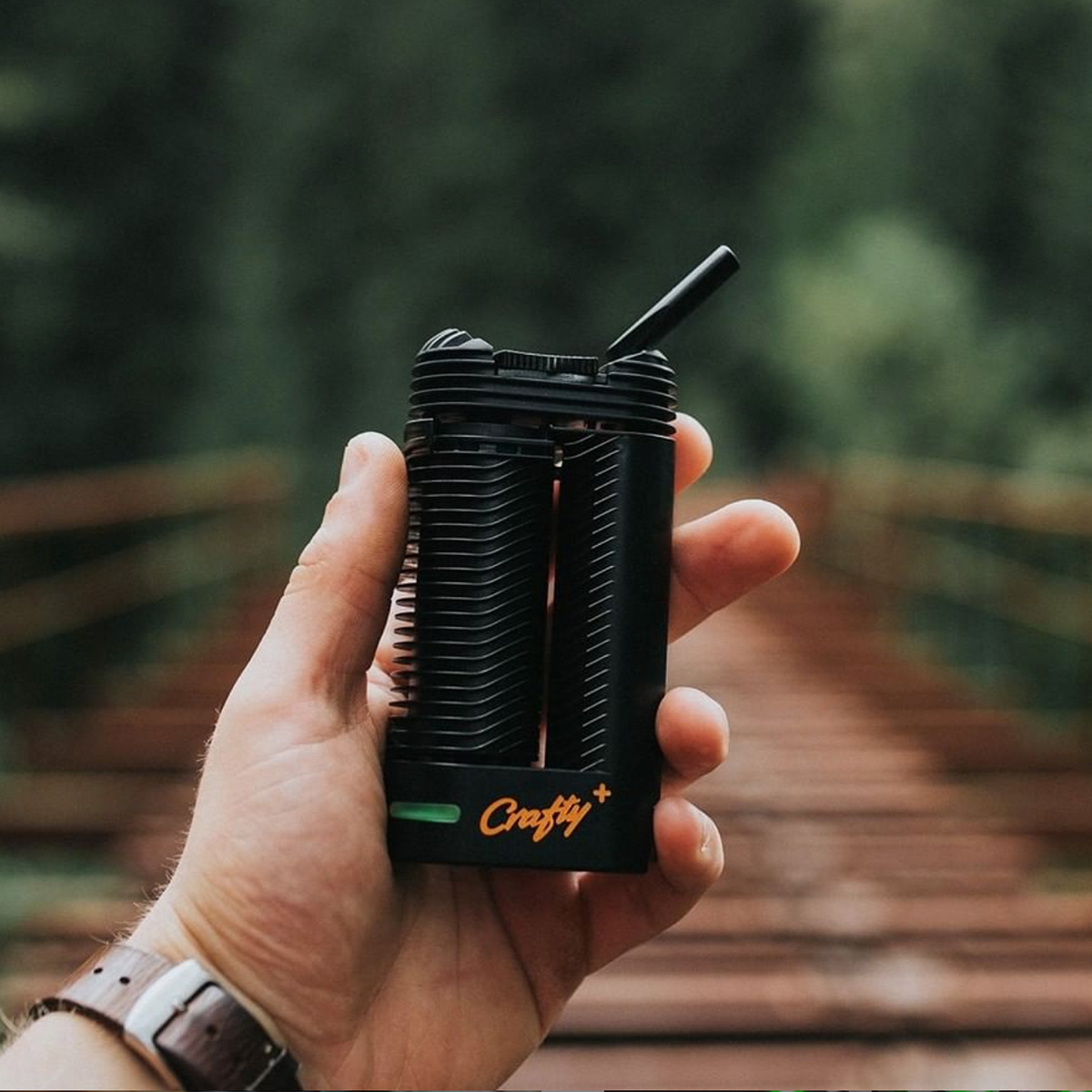 Storz believed so much in his original Volcano product that he self-financed his original production 20 years ago – and with this kind of commitment the brand will never be satisfied with resting on its laurels. That's why their portable devices are so carefully designed, including the new and improved Crafty +.

Get yours today at storzandbickel.com.